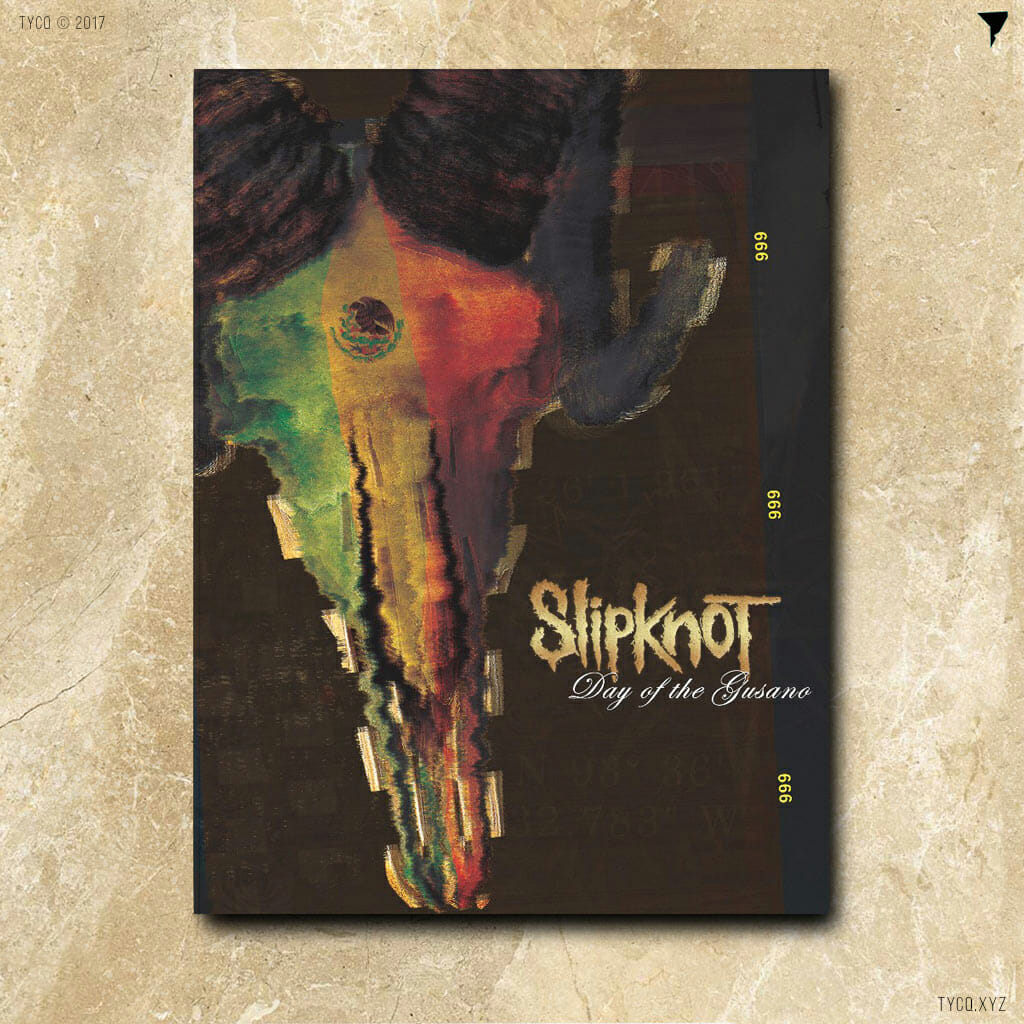 This piece has a special place in my heart. Slipknot is the favorite band of mine since 2002.

Before releasing their Live Concert DVD “Day of the Gusano” the band Slipknot wrote out a competition for designing  an alternate cover for the release. In the minute as I have acknowledged it,  I knew I had to do something about it. I have been designing the cover for hours when I have realized that only US and UK residents can participate. I have said “F*ck it, I’m going to finish this”.

Unfortunately because my residency can be found on the other side of the world I haven’t won – but this was the only one which have received an acclaim from the band itself on their social platform, and among the users it was one of the most popular designs, if it wasn’t the most favored one (I can’t remember).

Getting attention from people who’s art helped you in many ways is an indescribable feeling, and it worth’s much more than any prizes.

The main theme of the picture resembles Slipknot’s own style in VHS glitch art. For the background I have chose the brown color ‘cause it can fit many stuff and elements, and it can bring them much better in the foreground like black does. The pic features a goat skull which is a reference to their iconic second album “IOWA” which features a goat head on it’s cover. The skull itself is distorted because of the glitch style that I have mentioned above. The colors on the head and the symbol in the middle are representing the Mexican flag, because the live footage of the release was filmed there in 2015 on the first gig of the band in the country.

There are various numbers can be found on the image. First that gets the viewers attention are the 666/999 duo which can be seen from different perspectives. The no. 666 is the number of the devil whose image is often connected with the group , while the no. 9 plays a big role in the bands numerology (they call themselves sometimes “The Nine” because they have 9 members.) .

The numbers on the background are GPS coordinates to Slipknot’s hometown Des Moines, Iowa.

The golden logo and elegant font gives a little steampunk – goth vibe for the result. The 2 styles aren’t far away from the bands image, playing in harmony with the complete design.