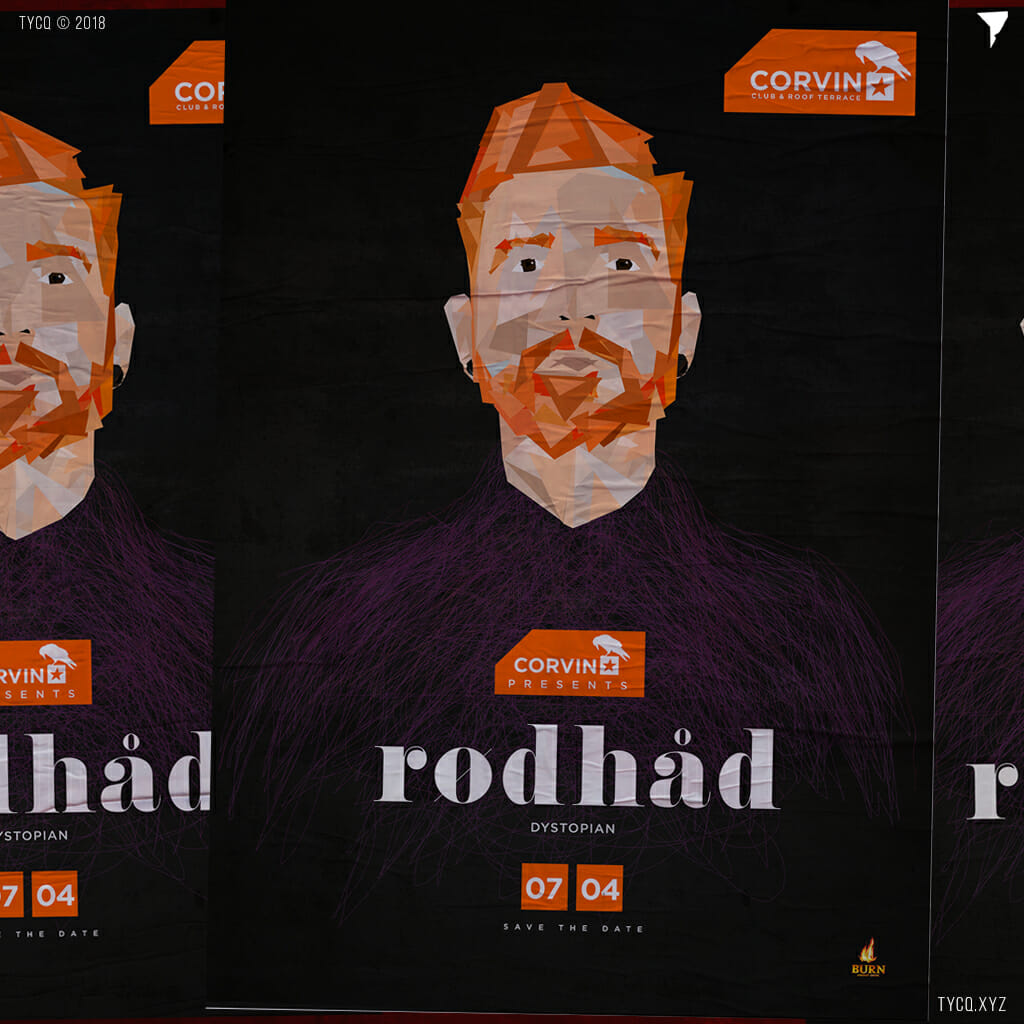 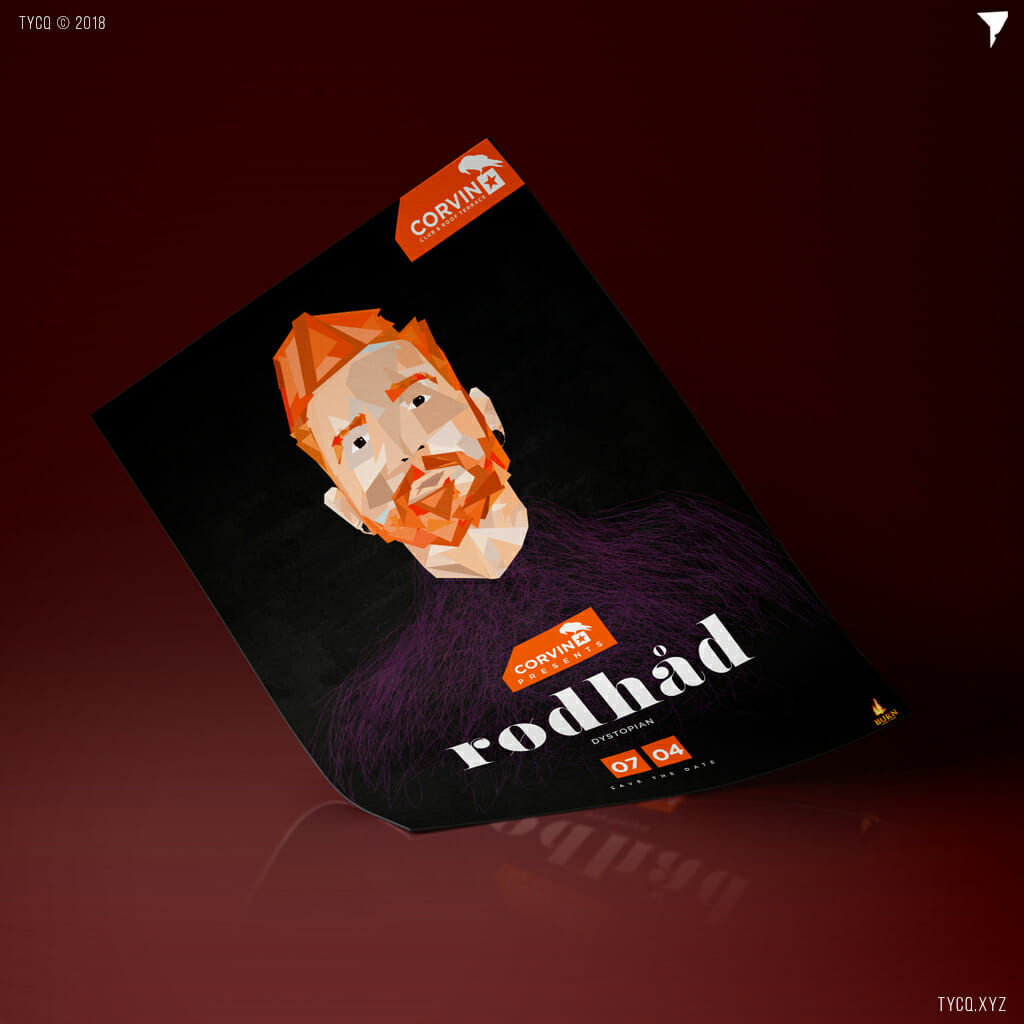 Been created for a fictional party requested by the club.  Corvin was the biggest underground venue for high quality techno parties in Budapest. The headliner of the non-existent event – Rodhad is a well known producer in this scene.

I wanted to do something minimalistic which would represent the music of the headliner. Geometric shapes are very much in bond with the minimal style imo. After playing around with the ideas for hours the old graphic style of the Playstation 1 console came in front of me. The polygons, the darker colors represented something that was much ahead of their time almost 25 years ago. Looking back on the graphics of games like Tomb Raider, gives somehow a darkish chill on the spine after all these years, like Rodhad’s music gives to the listener.

The second pic that came in front of me while creating the ideas was one of the album covers of the godfathers and pioneers of electronic music – Kraftwerk’s Electric Café from 1986. Although the heads are made in 3D on the image, the polygons, the minimalistic style, and black background greatly shows what will techno become in the future, and what it had became in the past 30 years.