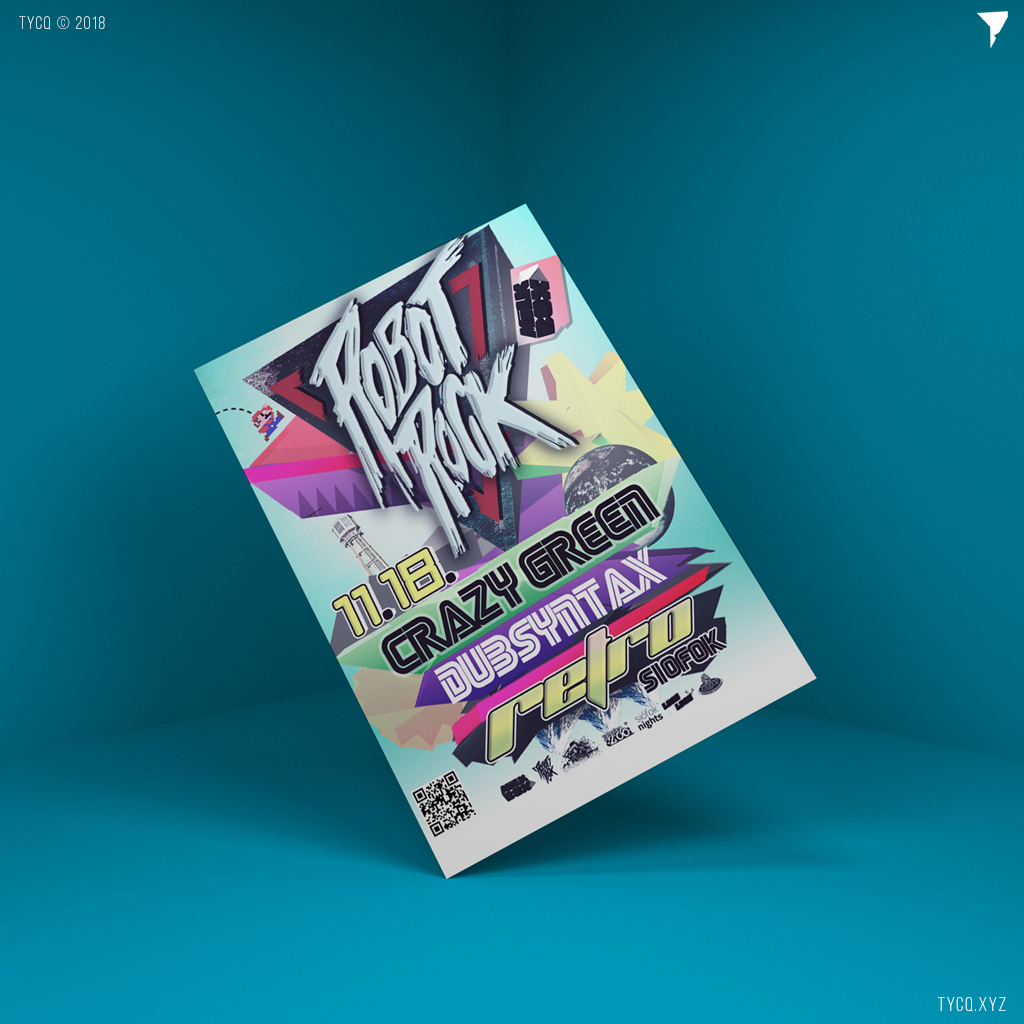 In my early days when I have started to be more connected with designing I have worked together mostly with night clubs, venues , musicians, djs, event organizers, and everything that was nightlife related.  Thanks to the connection I have built up I have been became one of the editors in chief at the biggest party themed website in the country for 3 years (2009-2012), that’s when the number of my clients grew within in a moment. I have created daily 2 flyers and banners at least.

I wasn’t really good at what I did  but I was enthusiastic and cheap. I worked with the quantity over quality mentality, so I could pay my phone bill and parties at the weekend from my income. As a teenager it was really great.

As the time flew, I have started to get very bored and wanted to create something new from my visions. I wasn’t satisfied with my work at all, and I knew that I could do much better. I wanted to show my views to the audience, and this was the time when it have changed my method and themes. I had a chance to design a flyer to an event to one of my all time clients – a dubstep party with Robotrock, who were an event organizer group here in my country, they have lasted for a few years but their parties were unforgettable at that time.

As a fan of their music (dubstep, edm) I wanted to show that madness what their performance and their parties could bring out of the youth. On the pic there are abstract elements, with some 3D, grungy texture, and random stuff like Super Mario and snowy mountains mixed together. I have chose to work with bright colors because they bringing out every little details on the picture, and it gives some kind of happy mood to the viewer. Thanks to the result, it’s still one of my favorite works from the old era,  that I’m really proud of. That’s why it is chosen from all of them, and because it has the style that I have started to work with in the upcoming years.