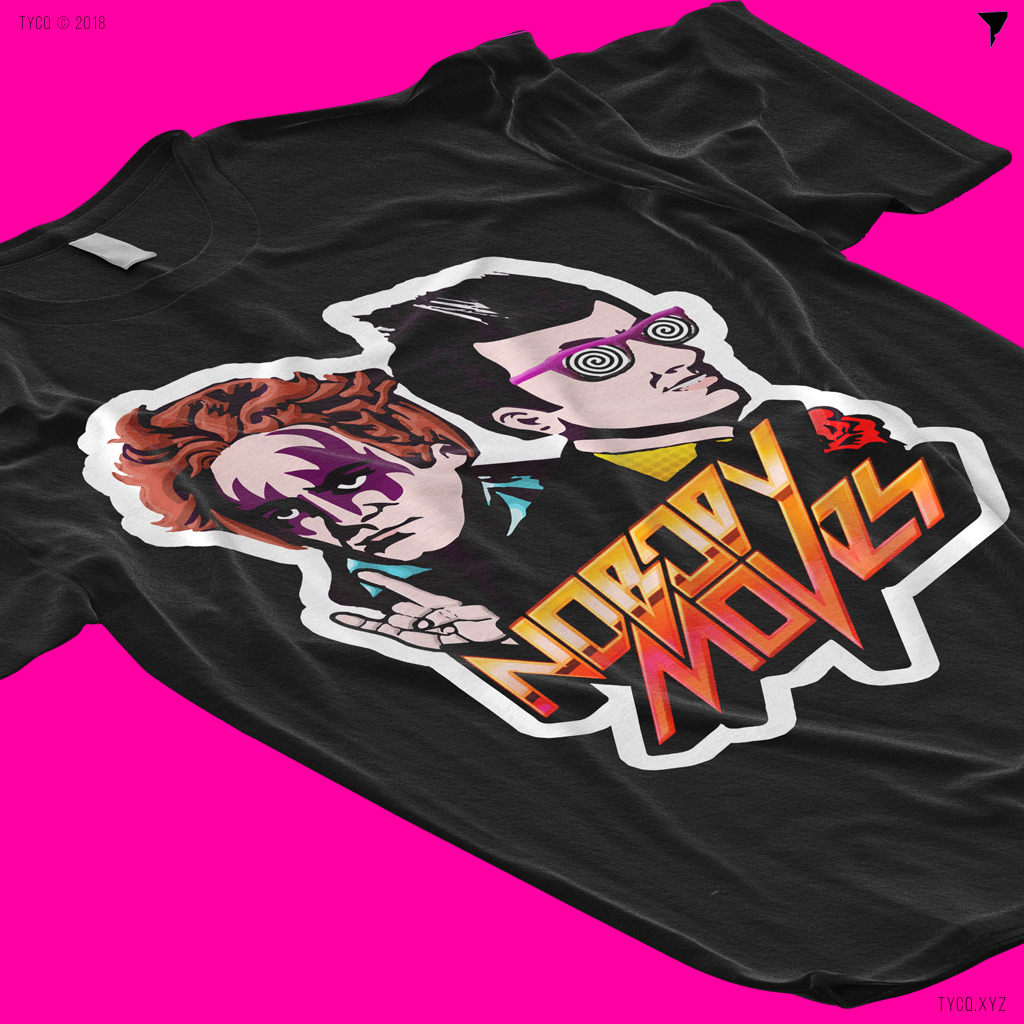 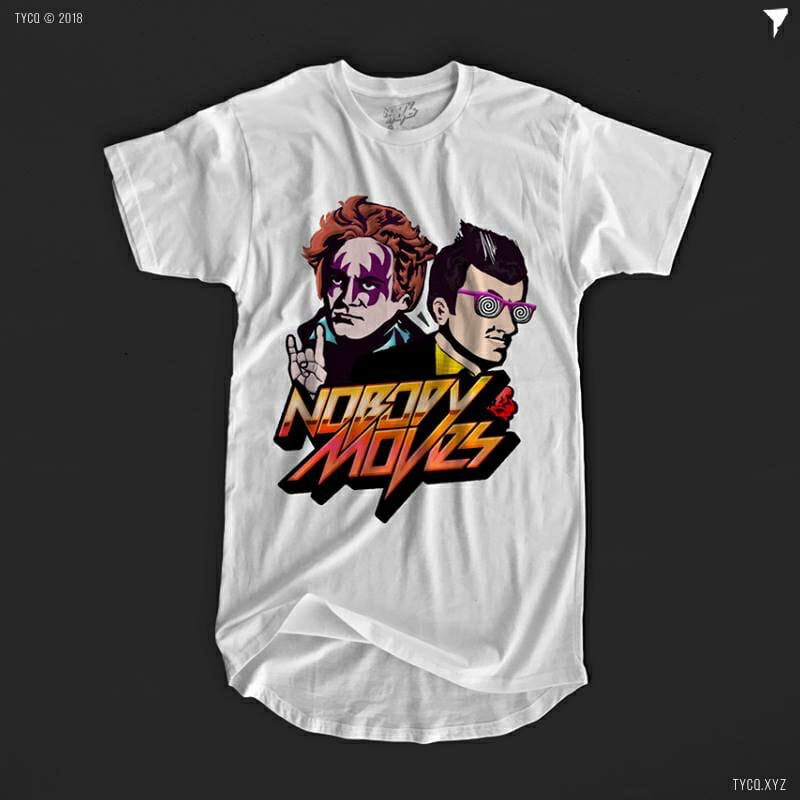 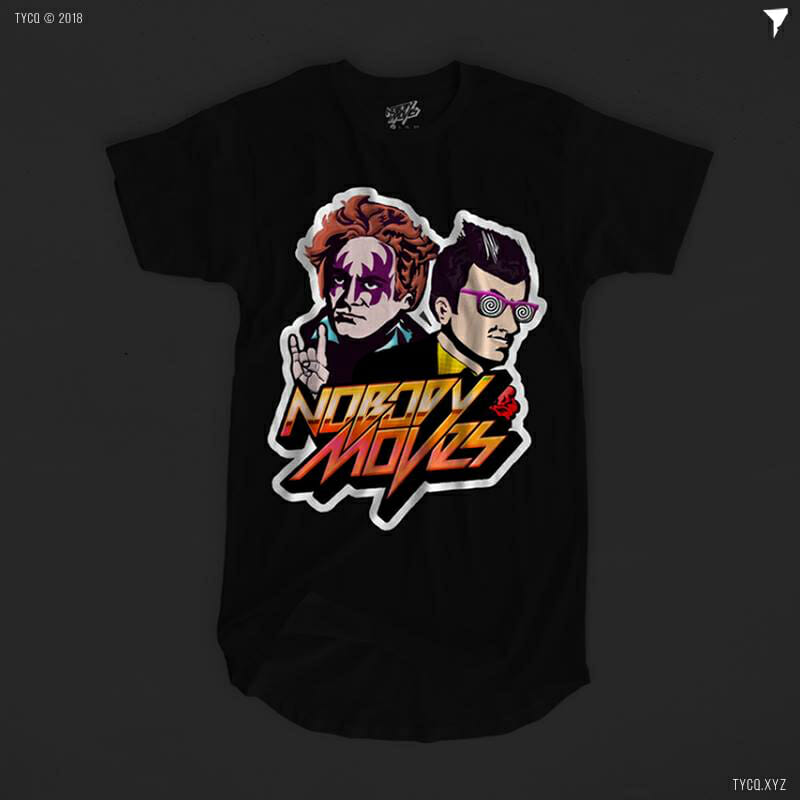 My first really usable portfolio piece back from 2011 when I have started to be more serious in Graphic design, which only was a hobby for me in the past 5 years.

It’s a concept design for the merchandise of the late edm -local- “supergroup” Nobody Moves. The 2 members of the group Andro and Pixa are 2 of the most well known music producers here in Hungary. Both of them have international successes like working together with musicians like Snoop Dogg and Akon (Pixa), and their remixes are played by superstar dj-s (Andro) all around the world.

The band has released their debut album earlier that year, which followed by a tour and official merchandise. Because this time my clients were mostly venues I wanted to gain more attention and designed this picture to gain more popularity and to have some evaluable pieces in my portfolio. Unfortunately their merch designs were done at the time by other designers – Nonetheless mine were appreciated by the formation too, and it has opened some doors for me, so it wasn’t just a complete waste of time.

The illustration consist of the 2 artists in some type of glam/space rock style. The models which I have used for this piece are the 2 composer legends – Beethoven as Pixa and Mozart as Andro mixed together with some 70’s – 80’s style which I have mentioned above, resulting an anime-stylish design in the finish.