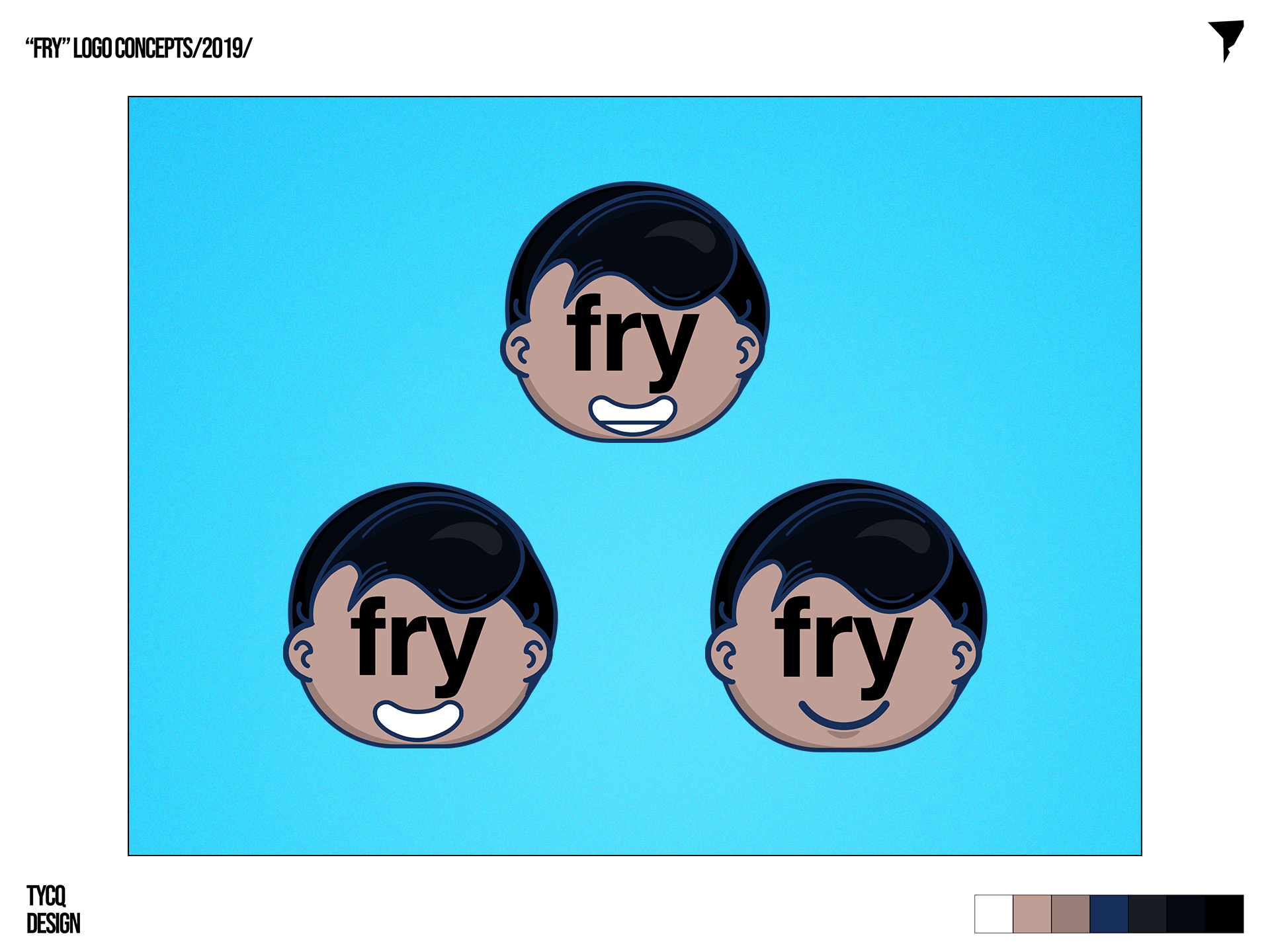 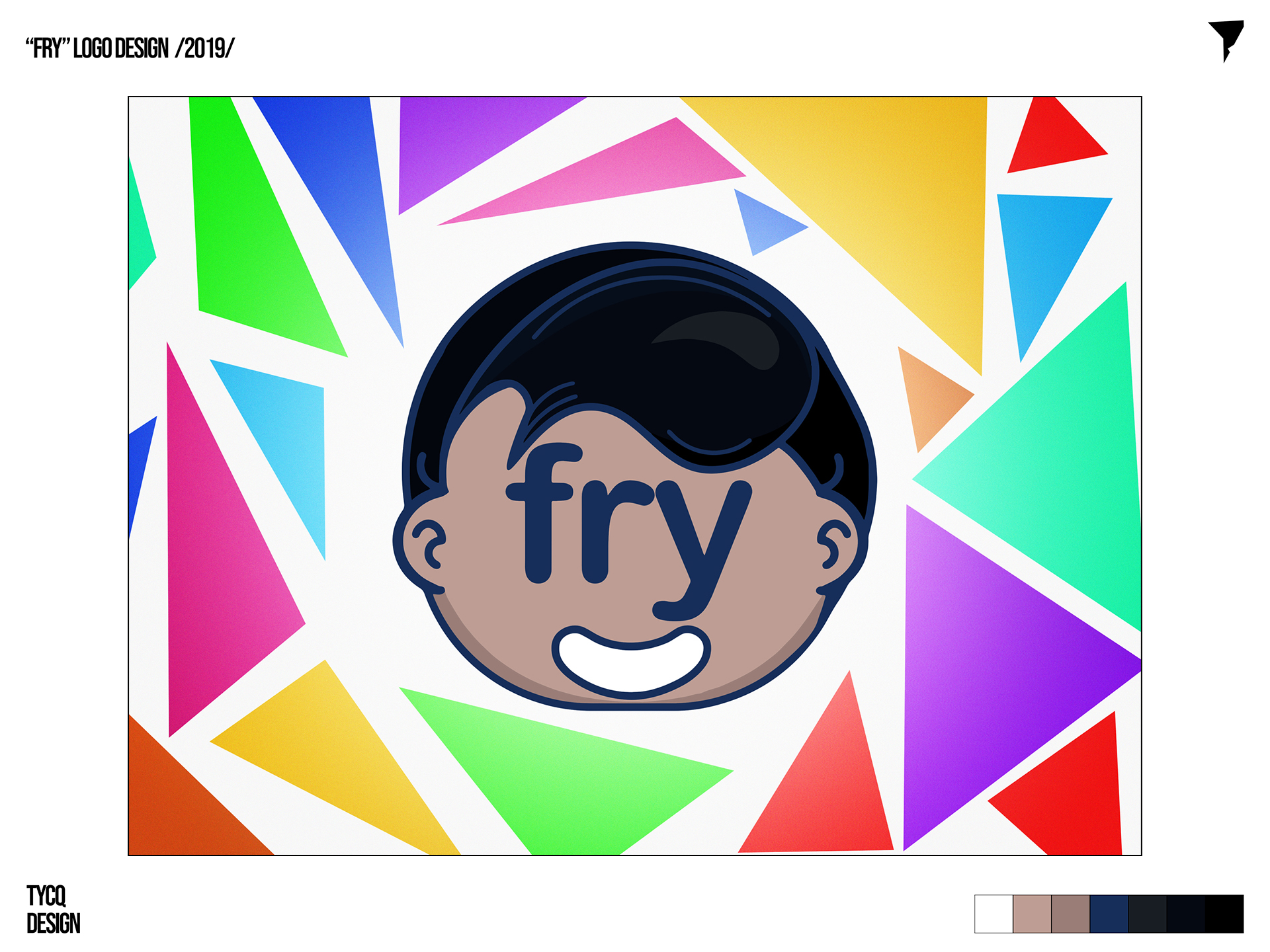 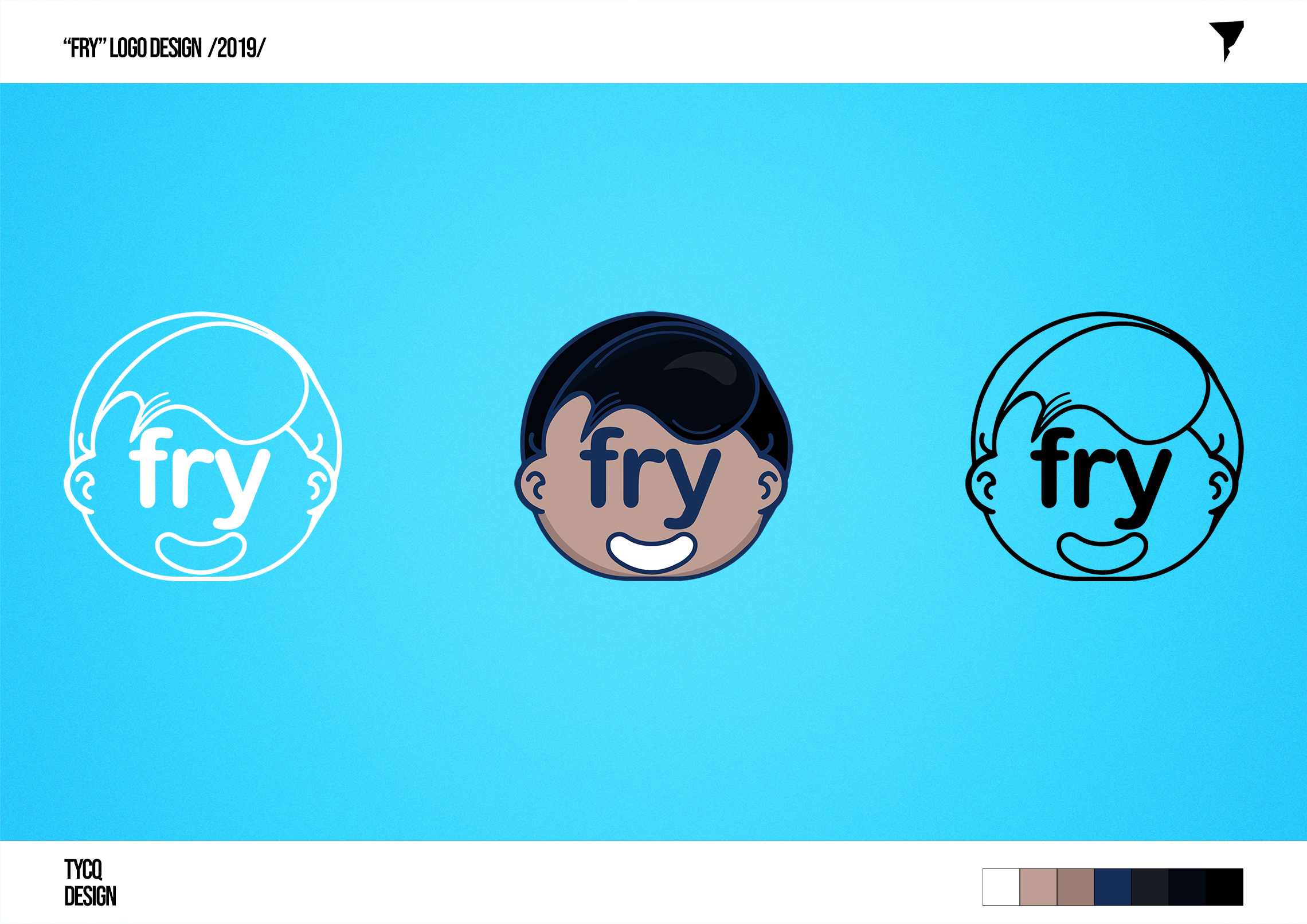 Fry is a bedroom music Producer who’s ready for his big debut. Things are getting serious for him so he needed some help on a professional way: He needed a Logo to be designed!

He came up with the main idea what I needed to “update” . Not just me but, both of us are really satisfied with the outcome of the Project, and that makes me very happy.

The main base of the Logo is a head with the text “Fry” on it’s forehead. The letters can resemble the facial expression of the character. The F and Y are the eyes, while the R is the nose. You can place it in different context, it’s up to the viewer what she or he want to see from the character. You can say it’s either a Trippy effect or an expressionist wink. I wanted to create something with a positive message, so I have used brighter colors and added a bigger grin to the face so the viewer can easily identify with it.

I wish Fry many luck, and I hope that I can see him one day on one of the bigger Festivals MainStage! Keep an eye on him! I will add later his social media accounts so you can give him a follow!